Facing a Charge in the 37th District Court in Warren or Center Line? Barnwell Law Can Help

If you are charged with a misdemeanor offense such as retail fraud, larceny, domestic violence, assault and battery, DUI or OWI, or any other charge that carries a maximum sentence of one year in the county jail your case will stay and ultimately be decided in the 37th District Court.

After you are arraigned, your case will be a set for a "Pretrial Conference." At this later court date your defense attorney will meet with either an Assistant Prosecutor from the Macomb County Prosecutor's Office of an Assistant City Attorney depending on whether the county or the city is charging the case. Occasionally a case can be prosecuted by the Michigan Attorney General's Office.

There may be one or more pretrials. During the pretrials, your attorney will help you determine whether your case is best suited for a trial or for a favorable plea. Barnwell Law begins each case as the law requires: That accused individuals are presumed innocent. However, if a case results in a favorable plea it may be sentenced on the day of your plea or it may be sentenced at a later date.

Bill Barnwell has won jury trials in the 37th District Court, has had cases dismissed, and reached various favorable plea agreements. Certain plea agreements even can keep a criminal charge off your public record. Each case is fact specific and requires its own analysis and attention.

Each Judge in the 37th District Court has their own style in terms of setting bails, bond conditions, and sentencing. Bill has practiced extensively in front of each of the four judges in this Court, and also is very acquainted with the prosecutors for both Macomb County and Warren and Center-Line, as well as the probation department in the court.

If you have been charged with a felony of possession or dealing of drugs such as heroin, cocaine, methamphetamines (meth), LSD, and other illegal substances your case will begin in the 37th District Court and unless dismissed eventually be heard in the 16th Circuit Court in Macomb County. The same is true if you've been charged with any other felony such as embezzlement, felonious assault, assault with a dangerous weapon, home invasion, murder, homicide, criminal sexual conduct, sex crimes cases, or any other felony charge by the State of Michigan. We will talk more about the "bindover" process that takes a felony case from District Court to Circuit Court in a future post.

Bill has practiced before every single Judge in Macomb County Circuit Court and helped many clients produce solid outcomes and even dismissals and acquittals for felony cases.

The entire criminal process can be confusing for clients and overwhelming. This is why you need an experienced criminal defense attorney who is well-known throughout Michigan including Warren, Center Line, and Macomb County. 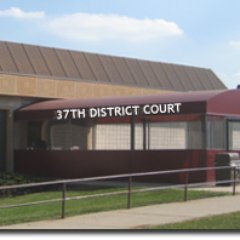 Tagged:
If I'm Arrested, Will I Be Out on Bail or Stay In Jail?
Facing a Criminal Charge in Sterling Heights?